You are here: Home1 / Archive2 / Somali Fair Fishing on fact-finding mission to Somaliland

The Somali Fair Fishing board went to Somaliland in March, aiming to define the upcoming demonstration project.

Board members Said Hussein, Mahad Aden, Kurt Bertelsen and Claus Bindslev, along with former secretary Frederik Nolthenius Busck and journalist Camilla Stampe left for Somaliland in the early hours of March 12, embarking upon a week’s trip that would take them throughout Somaliland. 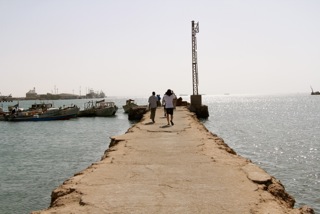 The purpose of the trip was clear: Somali Fair Fishing wants to create pragmatic, hands- on fishery in Somaliland, and there was a need to meet and liaise with relevant stakeholders, get a real life impression of the existing infrastructure and understand the context right there, on the ground, in order to structure a format for a demonstration project that could take the entire value chain into account, from sea to stomach.

Starting off in Hargeisa, the carefully structured programme included meetings with the Counter Piracy Coordination Office, the DG Ministry of Planning and Coordination, the Minister of Labour and Social Affairs, the Minister of Fisheries, The World Bank, The Vice President of Somaliland, the Commander of the Somaliland Coast Guard, The Diaspora Agency Director and the Danish Refugee Council. 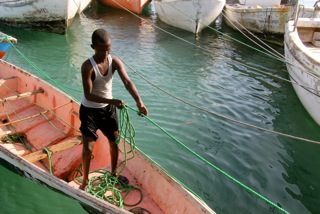 A young Somali boy who wants to be a fisherman

The next leg of the trip included a three-day visit to Berbera along the Somaliland coast. Here, the Somali Fair Fishing Team liaised with the Berbera Port Manager, talked with the fishing cooperatives and visited the Coast Guard Training Compound.

Made possible with funds kindly provided by the One Earth Future Foundation’s Oceans Beyond Piracy programme, the trip took the team behind the thousands of reports and international aid initiatives that have been made in and around fishery in Somaliland to see the real context of what is there right now – and what needs to be done in order for commercial fishery to be established.

Upon their return, the team collectively developed its pilot project based on the input of the skilled experts and stakeholders in Somaliland – stay posted for more information about the Somali Fair Fishing Demo Project 2012-2014.

Somali Fair Fishing would like to kindly thank everyone involved in the fact-finding mission for providing the best possible foundation for the work – and fishery- to come.