Somali Fair Fishing is ready to embark on its very first pragmatic and hands on demonstration project: We will train 75 new Somaliland fishermen on 15 vessels to catch 400 tonnes of fish in 2013-2014 – proceeding to replicate and scale the fishery to cater to other areas and markets in the years to come.

There are fish and people willing to catch them

Somaliland boasts an abundance of fish and a severe lack of job opportunities for its mal- and undernourished young population.
We will provide and strengthen employment opportunities for local young men through this two-year demonstration project that demonstrates the possibility and validity of sustainable local fishery in Somaliland.

From Sea to Stomach 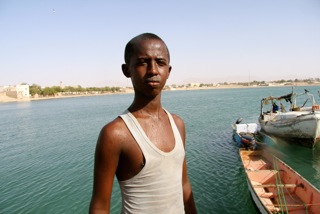 Only through addressing every single aspect of the value chain – from sea to stomach – can one succeed in establishing fishery in an area with little to no fishing tradition.

To paraphrase an old saying: If you give a man a fish (or in the Somaliland case, international donors in the past have given Somaliland large-scale fishery infrastructure that requires elaborate skills and funds to maintain functionality), you’ll feed him for a day. If that.
But if you teach him how to fish, you feed him for a lifetime. Which is why we’ll start with just that: Teaching very basic fishery. Everything starts with pulling fish out of the sea.

This is how we see the value chain from sea to stomach: 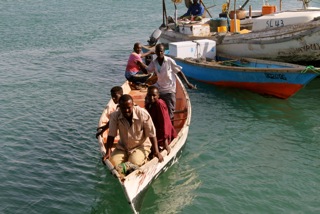 Over a 12-15 month period from mid-2013, a minimum of 15 local boats with at least 75 new trained fishermen will catch a minimum of 400 tonnes of fish and land their catch in Berbera.
The fish will be transported to Hargeisa and other larger towns within driving distance of Berbera to be sold to fishmongers and already established local fish markets.

A minimum of 2 costal communities will be selected for a small but effective effort consisting of a dry fish component in smaller solar energy-based freezing facilities. 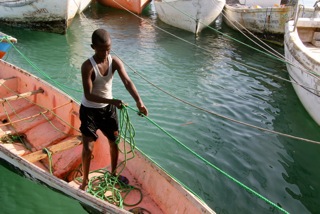 We’ll work on fishing being considered a worthwhile occupation that provides a steady income, and will emphasise fish as an indispensable source of nourishment and protein.

Fish is not part of the traditional Somali diet but is getting more common. To further boost consumption, local Fair Fishing food festivals will be held in 2013 and 2014. Our working title for these festivals are Soma: It’s our Somali spin on Copenhagen-based Noma, the world’s best restaurant. 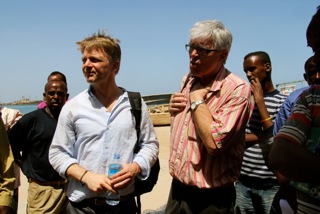 Three employees will lead the recruitment, training and distribution from a local office in Berbera, supported by the SFF secretariat based in Denmark.

Kurt Berthelsen Christensen
Christensen, a Danish fisherman with vast experience in developing sustainable fisheries in Kazakhstan, Kenya and Eritrea, will head the office and be the link between the Denmark-based SFF and the activities on the ground.

One with political contacts who can deal with administrational issues regarding property, ownership and permits, and one local Kenya or Yemen-recruited fishing professional who will be in charge of overall recruitment and training. 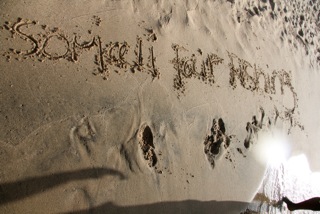 Currently kindly funded by the Oceans Beyond Piracy programme at the Denver-based One Earth Future Foundation as well as the Danish Commemorative Coin Fund, SFF is looking for more business partners who share our action-oriented approach and want to join us in our quest to prove that the establishment of commercial fishery is indeed possible in Somaliland.
Get in touch with Secretary Toyah Hunting at info@fairfishing.org for more information and a detailed project description.