Meet Jama Yasin, he used to live in Oog, a small town in Sool region (located East of Burco) together with his family. Due to severe drought during 2017, a mayor part of the household’s livestock perished, compromising his livelihood and forcing him to migrate to the coast, with the aim of finding new livelihood opportunities. 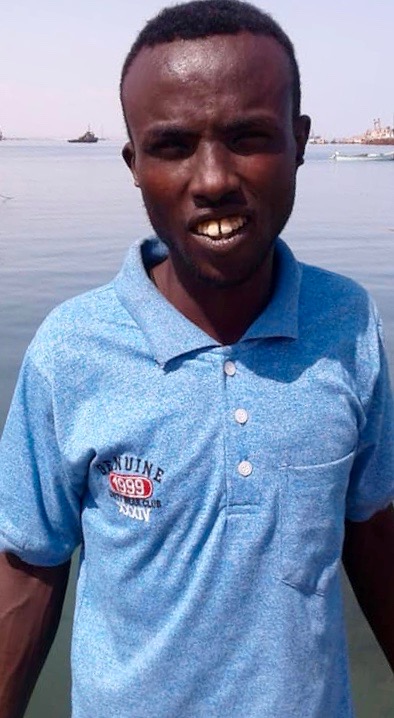 In January 2018, Jama participated in the fishery technical training at sea, and it provided him with a wide range of new skills that opened up new job possibilities and diversifying his household’s livelihood strategies.

As a matter of fact, Jama is currently, October 2018, working on a small fishing boat owned by a businessman that operates in Berbera. He started working as a fisher, but he got promoted and is now the Skipper with a crew of three fishers on his command.

Normally they go fishing for three to four days per trip and mainly use drift nets, one of the fishing techniques learned during the training. On a trip like this they often catch approximately 1 tone that is directly sold in the harbour to distributers or mongers. The fishing trip therefore generates an approx. income of 1000 USD that is divided between the four members of the crew and the ship-owner.

Jama expressed his gratitude to FairFishing since the training at sea in Berbera provided him with useful skills, enabling him with the opportunity to get a job and income. At the same time, he diversified his livelihood strategies and now his entire household is more resilient to external threats as the drought that forced him to leave his home town.

Jama looks at the future with an optimistic view, and he wants to keep develop his skills and continue in the fishing business. “I want to be the owner of a small boat and become a successful businessman in the future”, he told FairFishing staff in Berbera, September 2018. 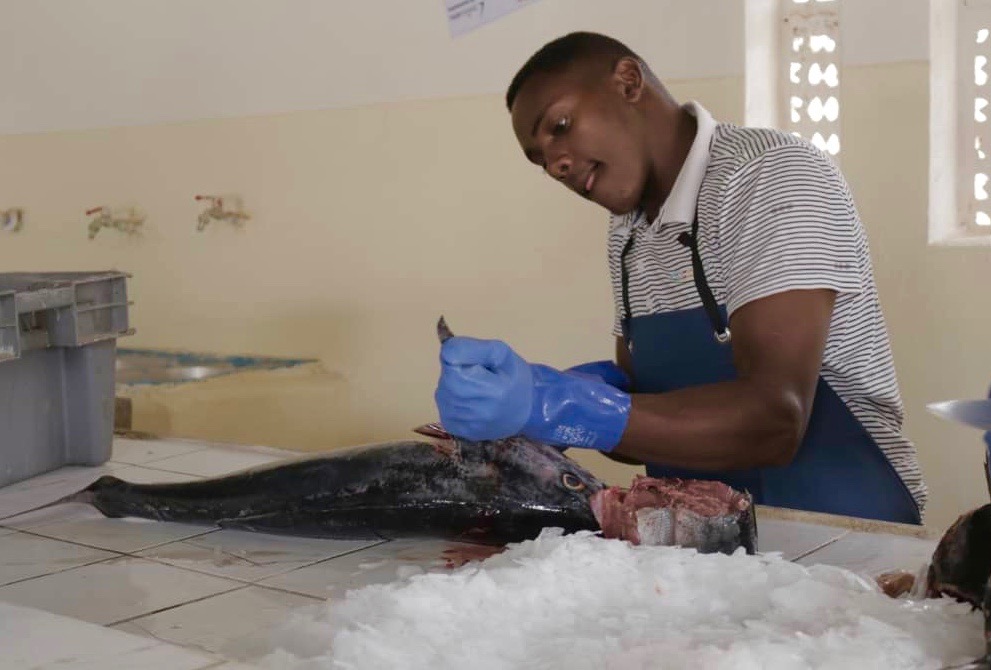 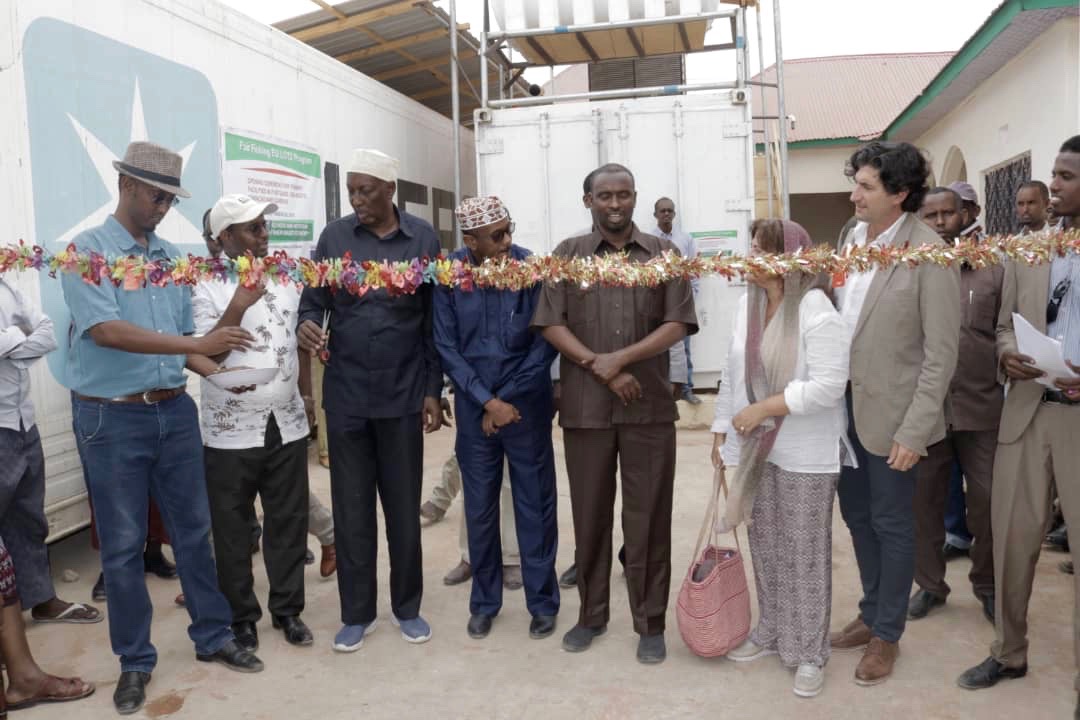 News from the Buluhar Fishing Unit!

This year has been busy in Buluhar, where reconstruction of an upcoming fishery unit has been underway in spring.

The construction works have just been finished, and the unit has got its own source of electricity from the newly-installed solar panels. FairFishing together with local energy entrepreneur installed a 6KW solar panels with storage batteries system to power the fish storage facilities with renewable energy. 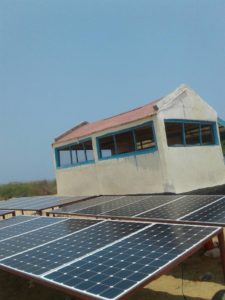 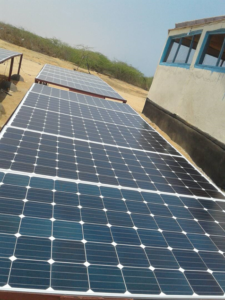 The fishery Unit after the installation of solar panels, April 2018.

This is the first time FairFishing has installed solar panels in our stations, and we hope to incorporate this approach in our further activities. It will be financially beneficial due to the extremely high electricity prices in the region, as well as to avoid price fluctuations and possible electricity shortages, which can damage the ongoing small business activities, not to mention the abundance of sun as a great way to provide a sustainable and clean energy!

See the plan for the Buluhar Fishing Unit:

The new facility provides cooling facilities to ensure further development and opportunities for the local fishers to improve their chances of earning more from a better access of ice for their catch.  If the activity will be high enough, the unit will de developed to provide more options for the fishers, such as acquiring machinery for ice production. 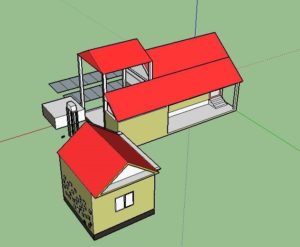 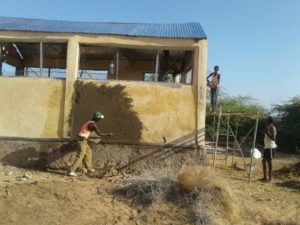 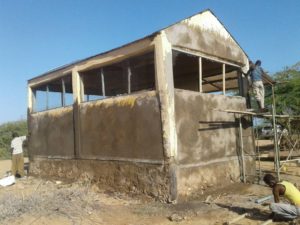 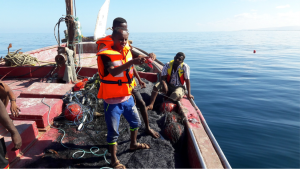 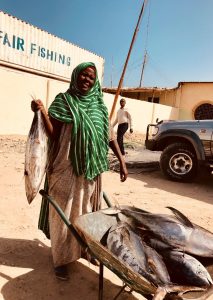 The FairFishing Station in Berbera has continued to provide the local fishery with its services and thereby contributed to a regional fish value chain and its growth. It has become the center of all our activities, providing the added value of knowledge sharing.

Some key figures and important milestones for the year of 2017:

The preparation and construction of several new stations and markets at the Horn of Africa have started – and in one case of Saylac finished, as reported earlier in the year. Four new stations of different size and capacity are underway along the coast, as well as four in-land markets. If the program implementation continues at the same speed as during 2017, two markets in Burco and Galkayo will be opened in Spring 2018.  This chapter of the project will contribute to a market chain creation, where different actors can participate and ensure their family income. FairFishing will focus on including the most vulnerable individuals and continue to focus on the sustainability and continuation of our work.

A part of FairFishing’s new initiatives is starting technical training at sea for the new and aspiring fishers, which has started at the end of 2017, and will continue on a regular basis throughout 2018. The training includes both theoretical and practical aspects of knowledge of kinds of fish, techniques, as well as hygiene principles and security procedures when at sea.

The beginning of 2018 shows that it is more important than ever to continue support the fishery sector in Somaliland and Puntland. The climate forecasts predict even more severe weather and thus difficulties for the important livestock sector. Food security and starvation continues to be a major challenge in several locations in the region, and the creation of job opportunities through a developing fishery sector will provide safety nets for the local people.

FairFishing will continue implementation of the EU funded program in 2018, and throughout the year, focus will shift from construction and physical infrastructure to training, management and local ownership to ensure long term sustainable operations of the stations and markets established.

We hope you want to be a part of the journey!